The third '6 hour relay race' contested by the Austin Healey Owners Club NSW, was at Calder Motor Raceway, Melbourne on 29th September, 1974. The NSW AHOC team came 8th outright, from a field of 25 teams - and finished 3 laps behind the Victorian AHOC team. Chris Gray and Adrian Hart ran the majority of the race - clocking up over 4 of the six hours between them. The black & white car had low oil pressure (max 30lbs)- later traced to a weak oil pressure relief spring. However, it still drove down, competed, and drove home - covering nearly 1,800 miles on the weekend. 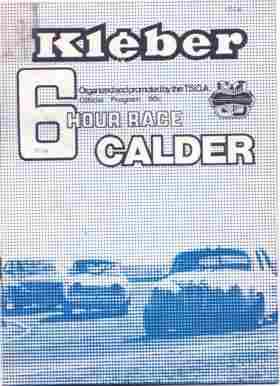 Mike Holloway - later to become the next owner of the black & white car - also competed at this six hour race. He ran with the successful Austin Healey Sprite Driver's Club (Vic) team, in his Healey Sprite. The AHSDC Vic team came second in the 1974 Calder 6 Hour race.

Below is a clipping from the Oct 4, 1974 edition of "AutoAction'
- featuring a picture of the black & white car 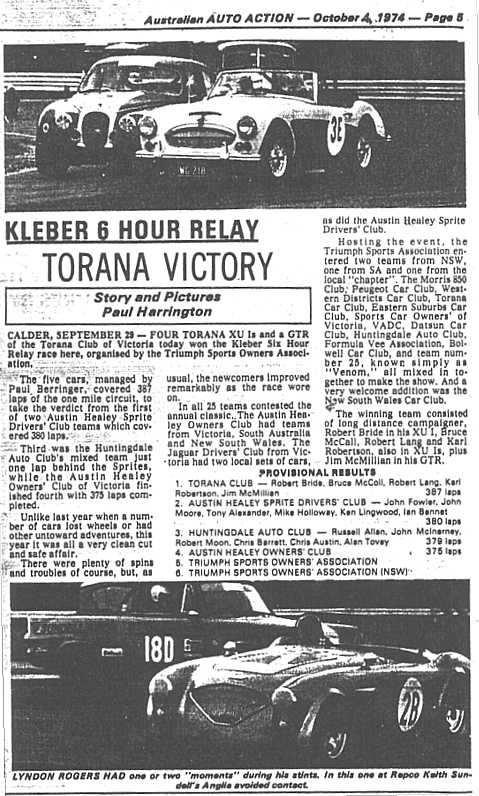 Click the highlighted links below for the history of the black & white car in each era of ownership. If you have any old 'Racing Car News' or Autoaction magazines from this era - or copies of the race results - I'd love to hear from you...