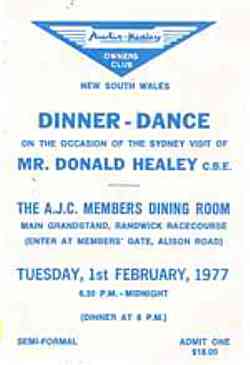 Donald Mitchell Healey CBE (DMH) only ever made one visit to Australia, in late January 1977. DMH visited both Sydney and Melbourne. In Sydney, three major events were held in DMH's honour. Two involved the cars - and one was a social dinner.

An "All Austin Healey Race' was held at Amaroo Park, Annangrove, as part of the January Historic race meeting (on the Australia Day long weekend), in DMH's presence. This handicap race was only open to "historic logbooked" Austin Healeys - which, in 1977 - meant pre 1960 built Healeys!! This, unfortunately, somewhat limited the size of the field... as it excluded all post 1960 Austin Healeys.... (i.e. most Austin Healey 3000's - like the black & white car). The February 1977 "Racing Car News" race report, written by Ray Bell (below), summarises the race.

"Probably the next best car race of the meeting after the main event was the next major race, the handicap for Healey Sports and Racing Cars. Unlike the unfortunate majority of handicaps, this one was well worked out and, though Donald Healey was hoping to see a Sprite win, it was not to be.
Only one Sprite was entered, that being Jim McConvilles, and it was second away from the start. From the back of the lineup came Roger Wells in the almost perfectly restored Mac Healey racer and, after four laps of bouncing and weaving his way through the tightly bunched Sports Cars, he hit the front and went on to a well deserved win...."

The second event structured around the cars was a "Healey Display day", held at Warringah Mall, Brookvale, which was extremely well attended. It included most of the known 'big' and 'small' Healeys from the AHOC and the SCCA. 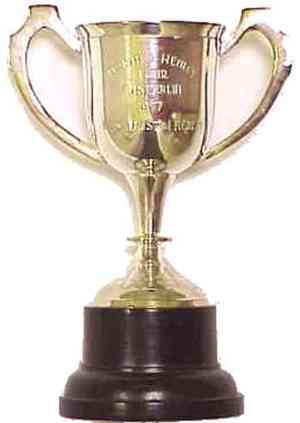 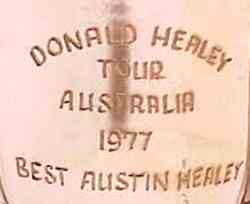 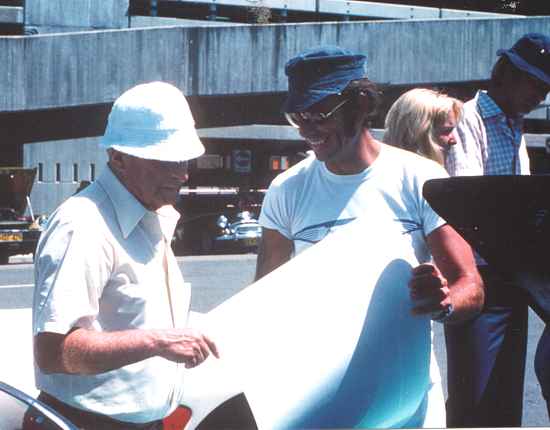 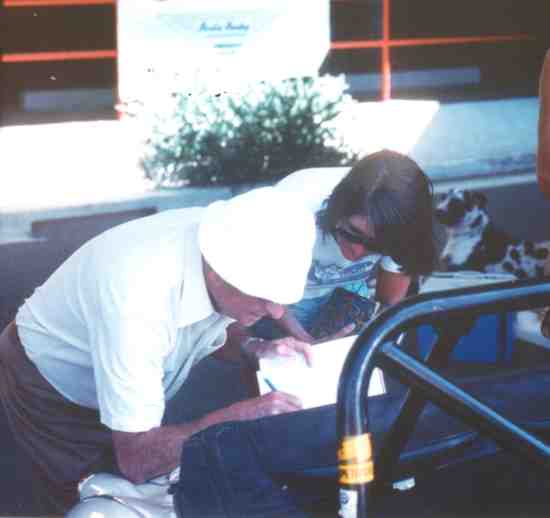 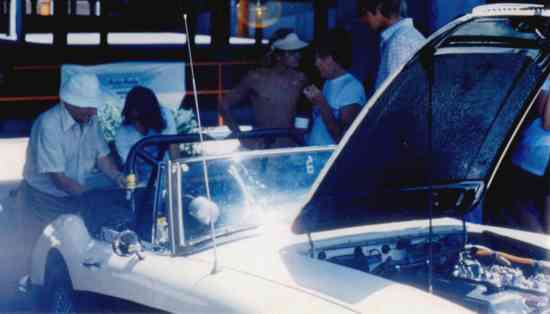 To my knowledge, this was the only trophy DMH awarded - based on his personal judgement - during his visit to Australia. DMH told Wal that he had designed the cars to be used for transportation during the week - and motorsport on weekends. And DMH felt that Wally Gates and the black & white car epitomised his own original design philosophy.

Click the highlighted links below to continue reading about the 30 years of competition history of the black & white car...